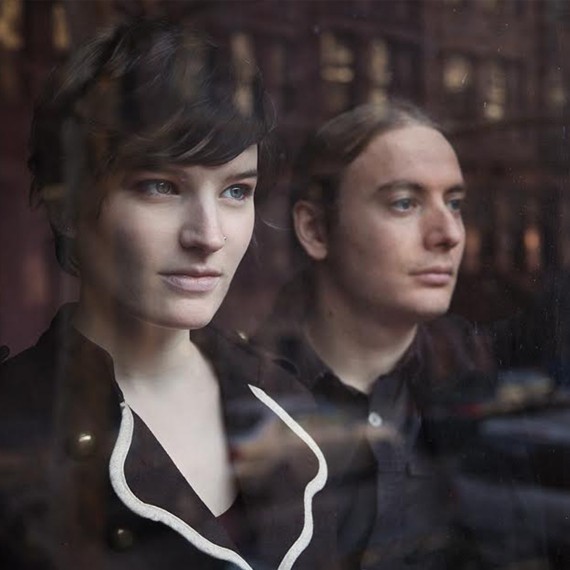 Sunday, May 24th at 1pm, PFS Co-op Artists The Whispering Tree will be hosting a live stream concert!

About The Whispering Tree:

At the heart of The Whispering Tree are singer/songwriter Eleanor Kleiner and multi-instrumentalist Elie Brangbour. With their deep-reaching sound, haunting vocals and vivid lyrics, this Franco/American duo have been captivating audiences since meeting at music school in London. Their debut full-length album, Go Call The Captain (2010) was heavily influenced by their travels abroad, which have taken them from their home base in New York to South America to a seven-month gig in Macau (China). Go Call The Captain was named “one of the year’s most luminous albums” by The Big Takeover Magazine, and NYC’s The Deli magazine called The Whispering Tree “one of the most talented duos to take stage in NYC.” Their follow up EP, The Escape (2013) is full of the imagery and storytelling that are the mark of The Whispering Tree’s sound. “I think the underlying theme for all of the songs is a desire for boundless freedom,” said Kleiner. “There is also this sense of yearning for home or childhood; of wanting to return to a time when we see the world with limitless possibility.” Recorded live at The Bunker Studio in Brooklyn over three days, The Escape features a deep, vibrant sound, with Brangbour switching from bass to guitar, Clif Jackson on upright bass, Chris Shultz on drums and Clifton Hyde on additional guitars. With Kleiner’s acclaimed songwriting and vocals, The Escape is a moody, introspective disc full of contrasting guitar styles and textures, from one of New York’s most compelling indie folk rock acts.