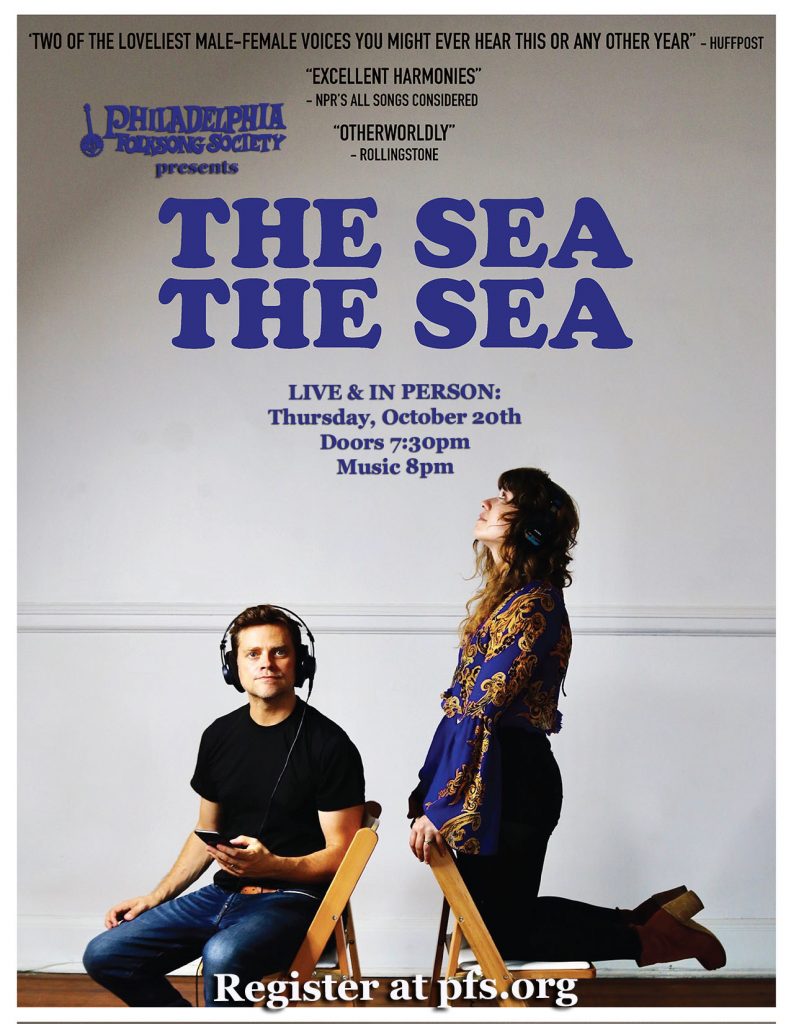 PFS Presents The Sea The Sea

Chuck E. Costa and Mira Costa, is an Upstate New York based indie folk-pop duo featuring what Bob Boilen (NPR’s All Songs Considered) calls “excellent harmonies” & Huffington Post calls, “Two of the loveliest male-female voices you might ever hear this or any other year.” The group’s 2020 release, Stumbling Home, dubbed “otherworldly” by RollingStone marks the duo’s third full-length album, and the duo’s first primary recording / engineering credits on one of their albums, as well as that of co-producers—teaming up with recent Grammy and Tony award winner Todd Sickafoose (Hadestown, Anais Mitchell, Ani DiFranco, Andrew Bird). Previous releases from The Sea The Sea—Love We Are We Love (2014), In the Altogether (2016 / EP), and From The Light (2018)—have been praised by outlets including NPR, American Songwriter, and No Depression, and the animated video for their song “Waiting” sparked viral interest from Buzzfeed and Pitchfork, as well as inclusion at the international TED 2015 conference. The band has garnered features across all music platforms including Apple Music “Best of the Week” and “A-List Singer/Songwriter,” gathering 20+ million streams on Spotify to-date. Live performance broadcast appearances of The Sea The Sea include Mountain Stage, whose host Larry Groce calls them “ready to take their place among the best young male/female duos now performing,” Audiotree, and Paste Music / Daytrotter—recently describing the band as “defined by their infallible vocal harmonies and their unconventional song arrangements. The Sea The Sea is a pop band only in their melodic infectiousness—otherwise they are at their best when subverting conventions.”