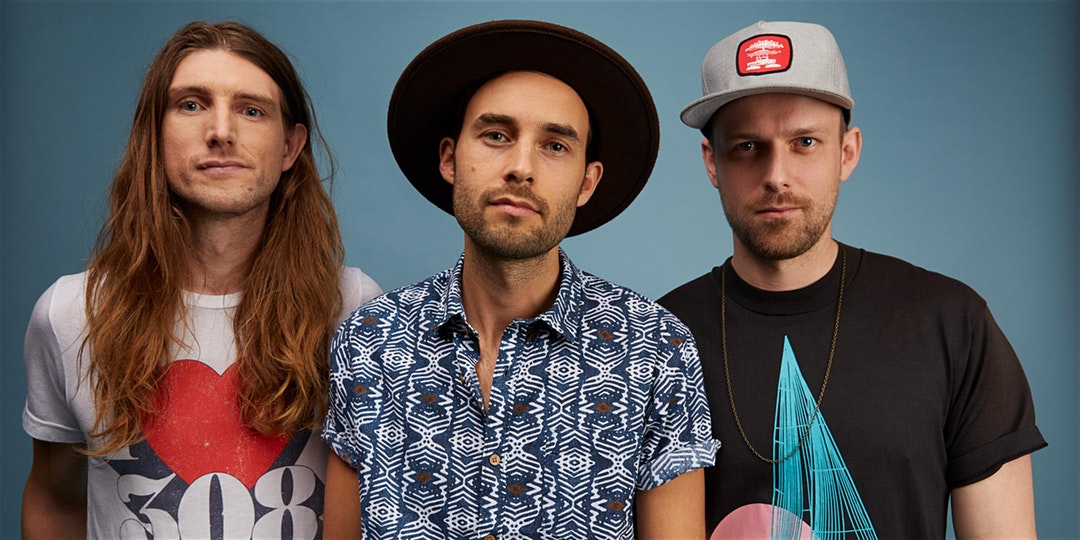 POSTPONED: PFS is rescheduling the August 30th performance of The East Pointers. We will update the event with an exact date as soon as it’s decided. Thank you so much for your patience and understanding during this difficult time.

About The East Pointers

What We Leave Behind was one of the international standout albums of 2017, nominated for the ‘Traditional Roots Album of the Year’ at the 2018 JUNO Awards and attracting over four million streams on Spotify. In the short time between their 2015 JUNO Award-winning debut Secret Victory and the upcoming album Yours To Break, the band has performed over 450 shows in Australia, New Zealand, Japan, the UK, Europe, Mexico, the USA, and Canada.

Yours To Break sits uneasily in a classic genre demarcation. The East Pointers have always been musically complex and technically brilliant, the core is definitely traditional Celtic, but on the new album, fiddle tunes are grounded in complex rumbling bass lines, a dirty Americana exploration turns on a dime into a lighthearted guitar feature with flamenco reference palmas, playful keyboard tones turn traditional solos into urgent dance-party journeys, and off-the-leash festival jam sessions give rise to vocal numbers that are either perfect pop songs or moving tributes to the home and people they love. “I feel like this album is the best expression to date of the band’s appreciation for so many different types of music and the fact that we as a band are comfortable enough in our own musical voice to start expressing those influences and loves.” says Koady Chaisson, who plays either banjo or tenor guitar on stage, along with the bass pedals underpinning much of the groove of this album.

Taken from a line in the song ‘Elmira’ – a tune named for a town in Prince Edward Island near where fiddler, Tim Chaisson, and his cousin, banjo player Koady Chaisson, grew up – Yours To Break puts a pin in the creative landscape in which the band currently sits, as well as where they may be headed.

Although conceived as a “love letter to home,” Tim Chaisson says: “’Elmira’ is as much about getting back to the places and things that matter as it is about not being afraid to break away from what’s holding you back. It’s about all the relationships and connections you form throughout life, and that it’s in your control to keep those connections, or part ways and take a different path.”

That’s a sentiment the band picks up on lead single, ‘Wintergreen’.

“I was diagnosed bipolar about five years ago and there was so much darkness, so many extreme highs and extreme lows,” Koady says. “It’s actually a song I kind of wish I could have heard then; a vote of confidence from the perspective of someone who loves you regardless of which end of that spectrum you’re at.”

At the core, ‘Wintergreen’ is about offering a light in the darkness to those who need it. That theme is woven into the material on Yours to Break; a decision the band made to be wholeheartedly themselves and to speak to the relationships and connections formed in life with people, places, items or substances, and the choice we have to either keep these connections or part ways. Koady says “There is also an element of trust, surrounding yourself with the right people, getting back to the place and things that matter the most. And musically, trusting your foundation and traditions, which give you a strong platform to break away and do your own thing. Ultimately, musically and philosophically we have a lot of hope for humanity despite our frailties – that’s the essence of Yours to Break.”

The album was written across the globe, with Koady in Australia, Jake in England and Tim in Costa Rica while they were working on the album. Each of those experiences and sense of place played into the creation of the album.

“We’ve always had a hard time putting our music in a specific genre,” Jake says, “so with this album we stopped thinking about that and just made music that felt fun to play.”

Yours To Break also showcases the band’s willingness to let loose themselves and expand dramatically on the traditional music they grew up playing and singing. Doing so was a big part of The East Pointers’ mission this time out – a mission that’s clearly reflected on purely instrumental tunes like ‘Country Cable’ and ‘Power To Move’ – a fearless blend of traditional and modern textures that’s as relentlessly hooky as it is powerful.

“We wanted to make an album someone could put on and basically have a dance party to” Koady puts in. ‘We’re passionate about tradition, yes, but it doesn’t belong in a box in the attic, getting dusted off for special occasions and boring the pants off kids. Traditions belong to the people who shepherd them into the next generation.”

In addition to their own songwriting and touring, The East Pointers run the Rollo Bay Fiddle Festival on Prince Edward Island, originally founded by Tim and Koady’s grandfather in 1976. Jake Charron, now an honorary islander, has been an in-demand touring musician for the majority of his life and met Tim and Koady on tours to Atlantic Canada.

The East Pointers’ ten-track album Yours To Break is out October 25, 2019, followed by worldwide touring, including a national Canadian tour in November 2019.

CLICK HERE TO WATCH A VIDEO OF THE EAST POINTERS

CLICK HERE TO LISTEN TO THE EAST POINTERS ON SPOTIFY

CLICK HERE TO LEARN MORE ABOUT THE EAST POINTERS