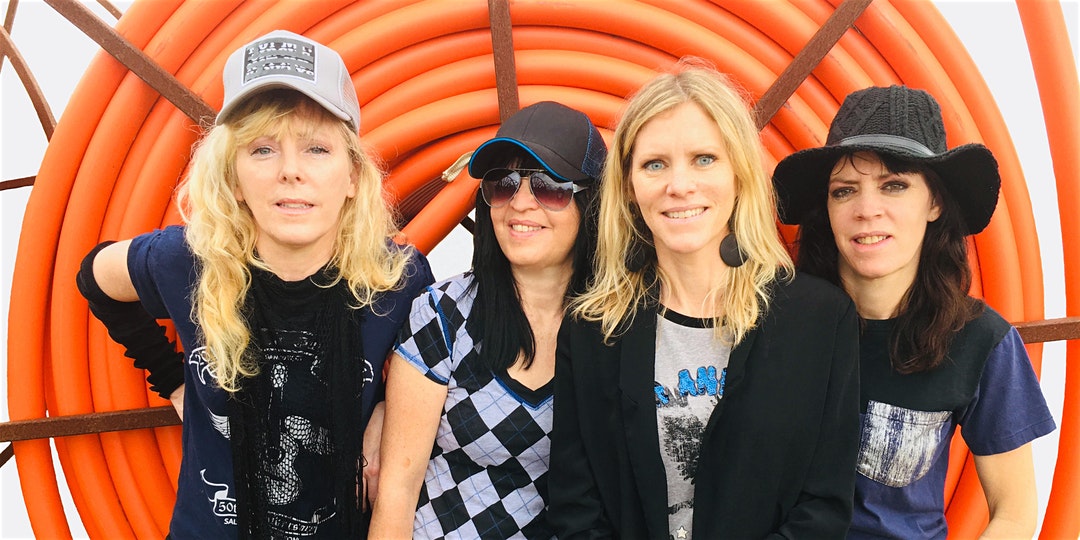 POSTPONED: PFS is rescheduling the June 12th performance of The Screaming Orphans. We will update the event with an exact date as soon as it’s decided. Thank you so much for your patience and understanding during this difficult time.

Screaming Orphans, an all-sister band from Bundoran, Co. Donegal, Ireland, are one of the most sought after Celtic bands with a powerful, award-winning sound, combining their original melodic pop songs with a unique take on traditional Irish music and song. From an early age, the Diver sisters performed with their mother Kathleen Fitzgerald (a well-known céilí singer in Ireland) and when they hit their teenage years, they formed their own Celtic pop band, Screaming Orphans, which led to a signing by Warner Music UK.

As Screaming Orphans, the band first came to prominence when Sinéad O’Connor asked them to tour with her as her back up vocalists and opening act. The band are renowned for their trademark spine-tingling four part harmony which has led to many collaborations on recordings with artists such as Martin Furey, Baaba Maal, Afro Celt Sound System, Peter Gabriel and Joni Mitchell. The band continues to tour and play extensively across North America and Europe.

The band’s 2017 Folk/Irish album Taproom charted No. 1 in the iTunes World Music charts and No. 10 in the Billboard World Albums charts. Taproom was named 2017 Folk/Pop/Rock Album Of The Year by the Folk’n’Rock magazine.

Screaming Orphans’ 2019 pop album, Life in a Carnival, produced by internationally distinguished producer John Reynolds, charted No. 24 in the iTunes Pop Music charts (U.S.), No. 7 in the Billboard World Albums charts, No. 1 in the iTunes Singer/Songwriter charts (IE), and No. 3 in the overall iTunes music charts (IE).

As of this year, the band has released 14 albums of both original pop and Folk/Irish music.

CLICK HERE TO WATCH A VIDEO TO MEET SCREAMING ORPHANS

CLICK HERE TO LISTEN TO SCREAMING ORPHANS ON SPOTIFY