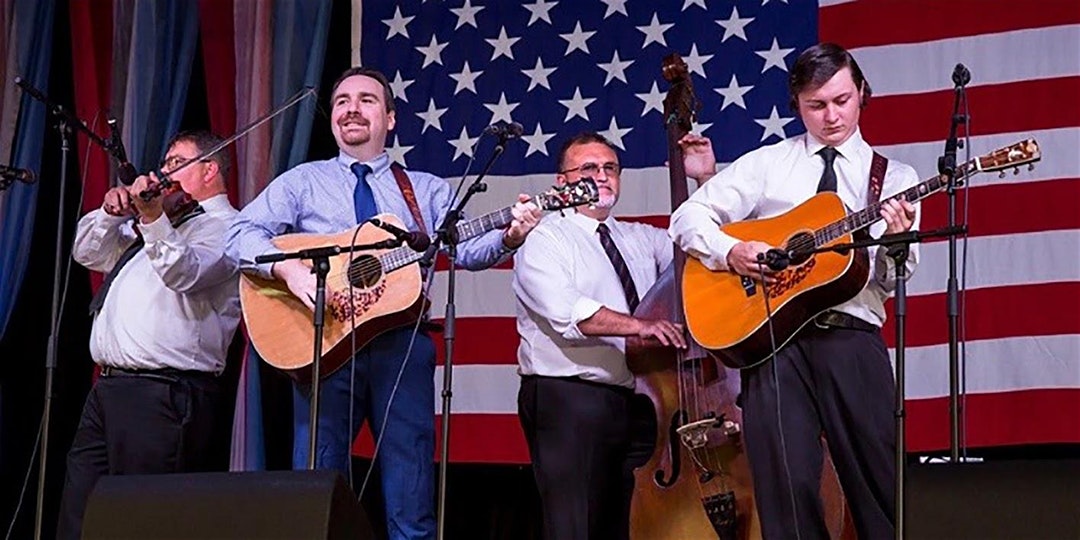 POSTPONED: PFS is rescheduling the June 27th performance of Ralph Stanley II and the Clinch Mountain Boys. We will update the event with an exact date as soon as it’s decided. Thank you so much for your patience and understanding during this difficult time.

Grammy Award winning artist Ralph Stanley II & The Clinch Mountain Boys are currently touring in support of their 2019 Stanley Family Records release, the Billboard chart topping ‘Lord Help Me Find The Way.’ This is their second release after dropping a self-titled album in 2017 that was the first release for the group since Ralph II took over the Clinch Mountain Boys band name per the wishes of his late father Dr. Ralph Stanley.

With three #1 singles in his career; including, the 2019 hit “Beautiful Hills of Home,” R2 is in heavy radio rotation across the country and on Bluegrass Junction, World Wide Bluegrass, iHeart Radio and Sirius XM.

The band includes Clinch Mountain Boy John Rigsby on fiddle, mandolin and vocals; Landon Fitzpatrick on banjo and vocals; Randall Hibbitts on the upright bass and vocals; and Ralph Stanley II on the guitar and lead vocals. This band configuration brings a lot of talent, energy and humor to the stage as they perform old-time favorites, bluegrass hits and new original material.

Ralph II has had two Grammy nominations on previous albums he recorded with Rebel Records. In 2002 he earned his first Grammy along with his father Dr. Ralph Stanley for their collaboration with Jim Lauderdale on ‘Lost in the Lonesome Pines.’ Ralph II has proven to be an accomplished songwriter and has 6 solo albums under his belt, along with the highly acclaimed duet album with his father titled ‘Side by Side.’

Playing more than 200 shows a year, Ralph Stanley II & The Clinch Mountain Boys are an audience favorite at festivals, clubs, arenas, amphitheaters, country fairs and wherever the blue bus might take ‘em!