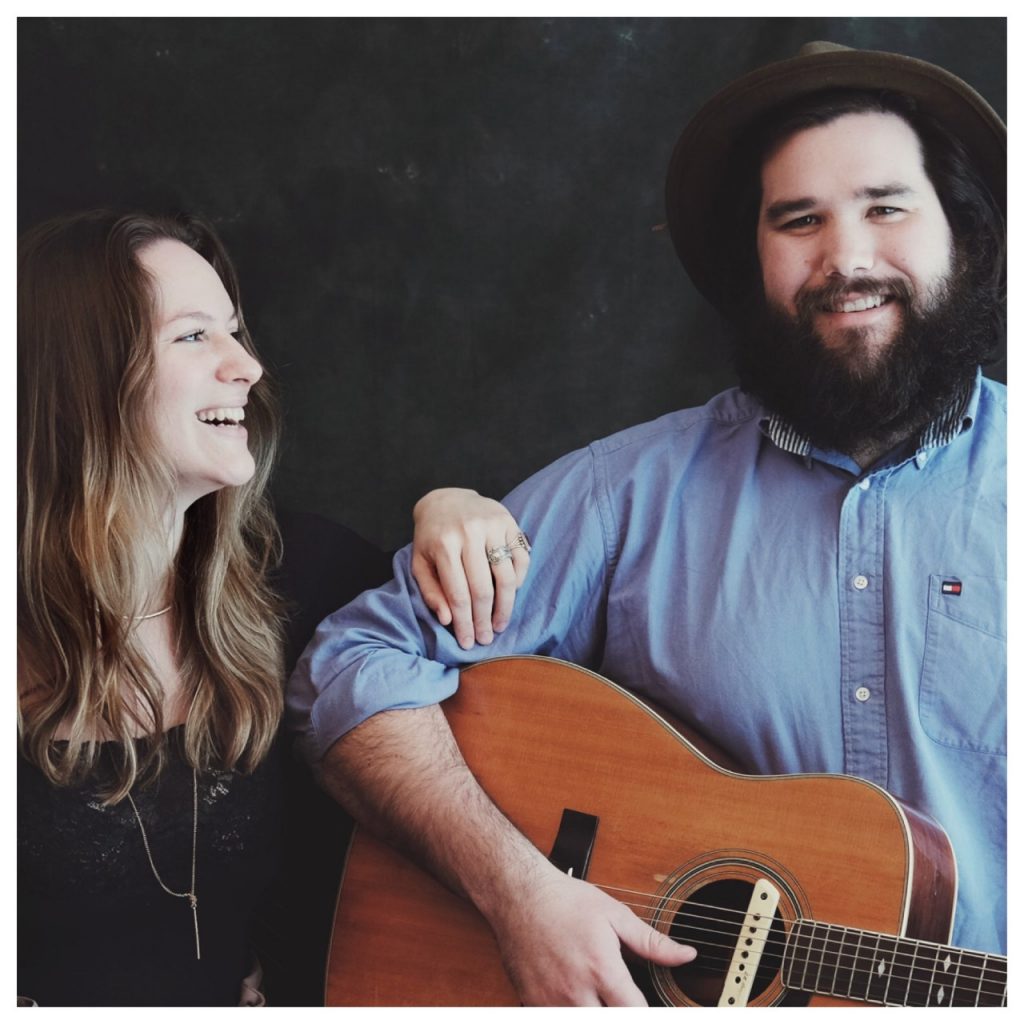 When you think of trendy musical scenes, Portland, Maine might not be first on your list. Yet the homespun, heartwarming music of family-oriented indie folk group GoldenOak provides evidence that the dense woods of the Pine Tree State might just be a better muse than the slick streets of New York and LA.

GoldenOak is driven by the songwriting and harmonies of the brother-sister duo Zak and Lena Kendall. After a bit of a recording hiatus and a shift in personnel, the group is back with an enchanting pair of songs. “River” and “Poet And The Painter” find this collective simultaneously building on previous strengths while also striking out in an interesting new direction.

Zak Kendall explains that he and his sister had a heart-to-heart about how the band should sound once some intra-band changes took place. “With the original lineup, we were very much a four-piece group. Everybody had similar roles in the band and there was not really much of a lead, per se. As the band evolved and those two bandmates left, Lena and I kind of sat down and said, ‘What we were doing is changing up, but what’s staying the same is our relationship to each other, our musical journey as siblings.’ I think with this music we’ve kind of settled into that role. We’ve learned to really understand and work with each other, write together more, bounce ideas off each other.”

The pair leaned into the family-oriented dynamic when they dove into the new material, recorded at Rustic Studios in Portland. “The new stuff is built around that relationship and particularly our vocals and our harmonies,” Zak says. “Like on ‘Poet And The Painter’, there’s no lead vocals on it. It’s us singing harmonies the whole time, kind of like Simon & Garfunkel’s early stuff. When I wrote ‘River’, I said to Lena, “I’m writing this song, but I want you to sing it.” That was the first time that I had written lyrics for Lena to sing. And so it really became the closest to a partnership that it’s ever been for us. We were really working closely together on this new stuff.”

Even as Zak and Lena found a new direction by honoring their musical bond, which they first started to form during campfire singalongs as youngsters, the new members of the band, bassist Mike Knowles and drummer Jackson Cromwell, also helped determine the sound of this single. Zak explains the process since the release of the band’s 2017 EP Foxgloves: “It’s been like a year-and-a-half or so since we released music. We were touring with a cellist and a trumpet player at the time. They were big focal points of a lot of our arrangements and a lot of our writing. When they left, we started playing with Mike and Jackson. And they started shaping the direction of what we were going to be putting out, because we wanted it to sound like our live set was sounding. It took a long period before we started working on new stuff because we were adjusting to having a new lineup and getting to know each other as musicians and bandmates. As we felt we were starting to click, we started working on a new stuff.”

Speaking of that new stuff, “River” manages to seamlessly connect two different pieces of music that Zak had been writing. The moody music, accompanying verses about how political shifts are mirrored by the changing seasons, segues into a more upbeat outro, connected by a gorgeous moment of brother and sister singing a cappella, “I’ve come to witness the things I can’t see.” Meanwhile, “Poet And The Painter” find the two in close-harmony throughout, but the shuffle of the rhythm section adds some momentum to the lyrical musings on the potency of nature.

In many ways, the themes of GoldenOak’s music are driven by their home base. “Maine is such an interesting place to be an artist,” Zak says. “It’s so remote in a lot of ways. And the landscape and the woods are so inspiring. People are often spread out, but there’s also this amazing artistic community, not only in Portland but also in the towns all over Maine.”

About The Naked Sun

The Naked Sun may or may not have coined the phrase, but “honest rock” has unquestionably been their ethos since their start back in 2011—and few bands embody its spirit like they do. With songs that echo the rawness and sincerity of the cities around which its members grew up—Detroit, Baltimore, Philadelphia—the band blends the basics of roots rock and folk with layers of bolstering piano and organ, intricate pedal steel leads, and melodic choruses backed by satisfying vocal harmonies. Rooted in the songwriting of frontman Andrew Wesley Harris, The Naked Sun strive equally toward Petty’s pop genius, Springsteen’s storytelling, Dylan’s social consciousness, and the energy of My Morning Jacket.

The Naked Sun released their debut LP, War with Shadows, on January 27, 2018. It was produced by Brian McTear at Miner Street Recordings (The War on Drugs, matt pond PA, Sharon van Etten).

The band released the self-recorded, self-produced Pickled Hearts EP in May 2015 and its first studio EP, Space, Place, and Time, in 2013.

CLICK HERE TO LEARN MORE ABOUT THE NAKED SUN

CLICK HERE TO LISTEN TO THE NAKED SUN ON SPOTIFY

CLICK HERE TO WATCH A VIDEO OF THE NAKED SUN