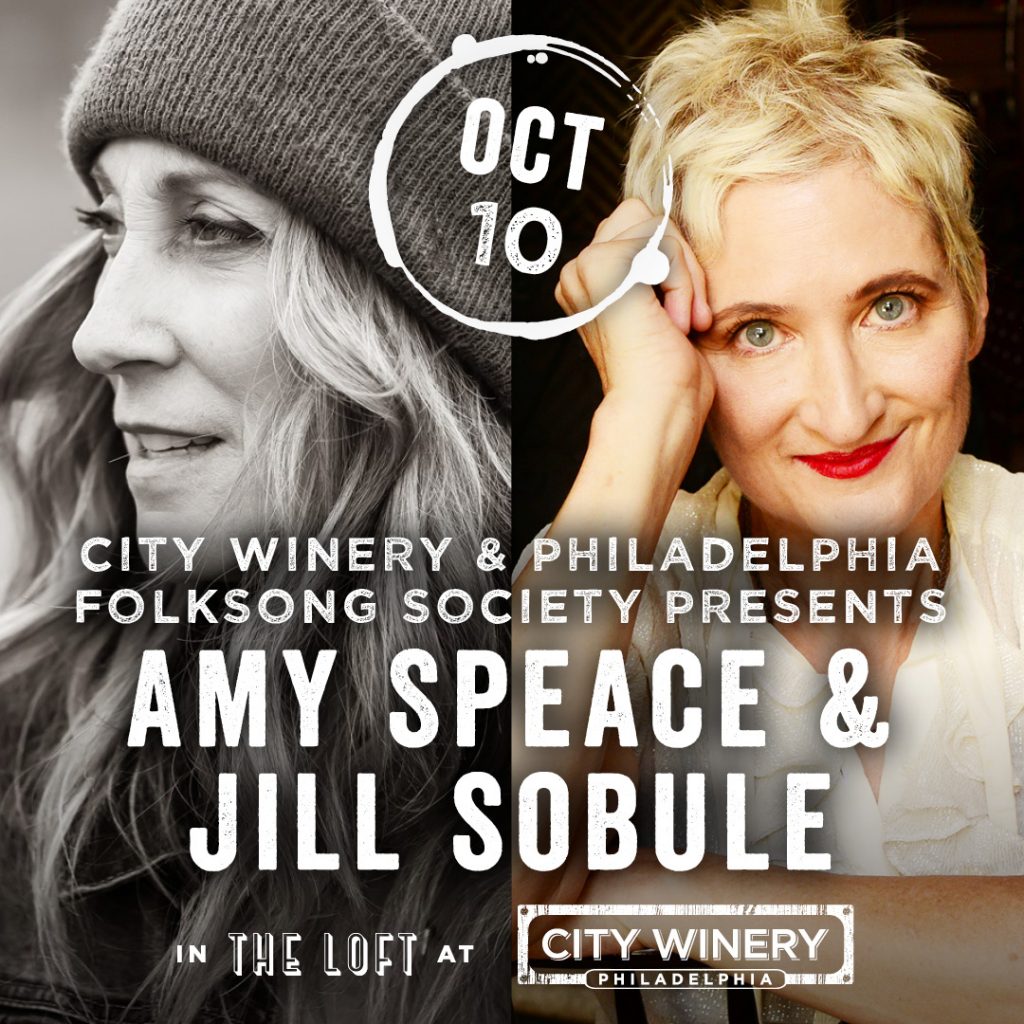 Presented by Philadelphia Folk Song Society$20.00 day of showAmy SpeaceBeautifully uplifting and deeply personal, Amy Speace has made the most revealing album of her career with There Used to Be Horses Here. Recorded in Nashville in just four days, the award-winning songwriter pulls directly from her own childhood memories, coming of age in New York City, and losing a parent while learning to become one.In its most powerful moments, the album sets Speace’s majestic voice to symphonic arrangements, yet her songwriting remains intimate and emotional. As a fan and friend of the Nashville band The Orphan Brigade, she invited its three members to collaborate as songwriters and co-producers, inspired by their persistent rhythms and sweeping sonic palette. Remembering her vocal sessions, she says simply, “While I was singing over what those guys were playing, it made me feel like I was flying.”

Jill SobuleJill Sobule, an award-winning artist with the ECR Music Group, has released a dozen of albums spanning three decades of recording, tackling such topics as the death penalty, anorexia nervosa, shoplifting, reproduction, the French Resistance, adolescent malaise, LGBTQ issues, and the Christian Right, to name a few – with her trademark wit and aplomb.