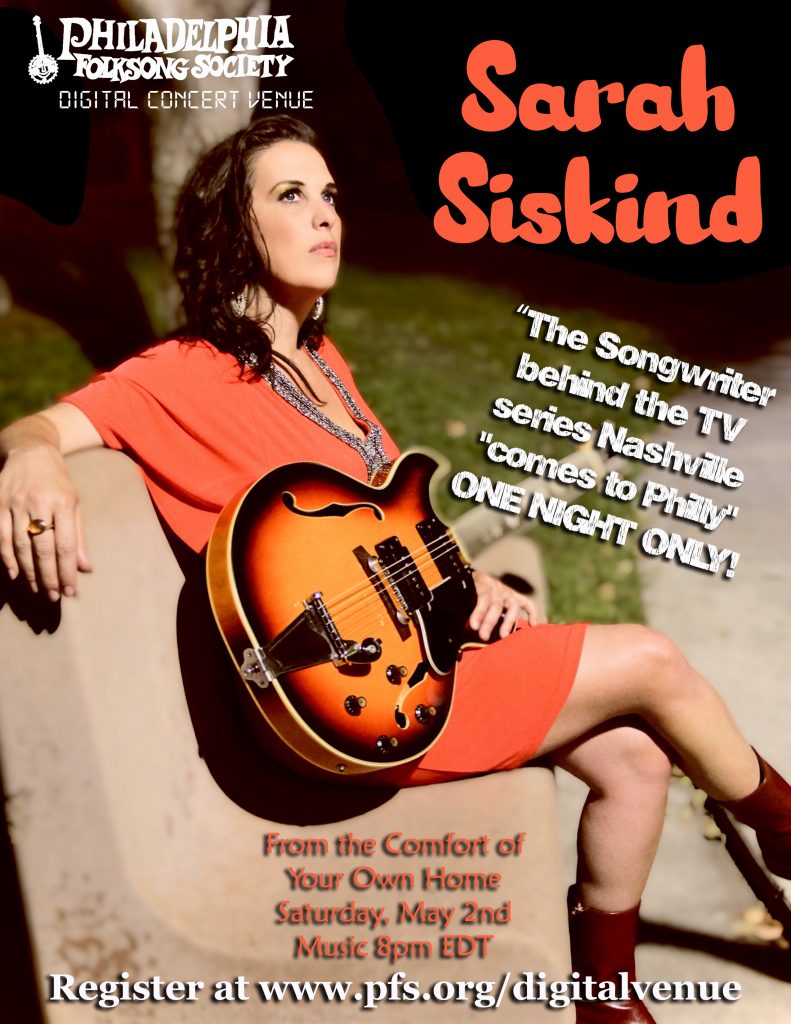 PFS is excited to bring you one of our FAVORITE acts from Americanafest live in your own home! With their tours cancelled and tens of thousands of dollars lost, this is the time to support the musicians we love and #KeepTheMusicPlaying

About Sarah Siskind:
Sarah Siskind is one of today’s most respected and covered songwriters as well as a stand-out independent artist. Armed with a striking vocal style and solid guitar and piano work, she has toured with Bonnie Raitt, Paul Brady, Grammy winner Bon Iver (who also famously covered her song “Lovin’s For Fools”), Lee Ann Womack and The Swell Season. Her songs have been recorded by Alison Krauss (the GRAMMY nominated “Simple Love”), Wynonna, Randy Travis and many more. The hit TV show Nashville featured 22 of Sarah’s songs, including the unofficial theme song “A Life That’s Good.” Her songs can also be heard on MTV’s Teen Mom 2, MTV’s Awkward, ABC’s Pretty Little Liars, Lifetime’s Army Wives and HBO’s The Wire.

Modern Appalachia, slated for release in 2020, is Sarah Siskind’s most vulnerable and personal album to date, generously showcasing a reconnection to her roots in North Carolina. Recorded at Echo Mountain Recording Studio in Asheville, this album is conversation about humanity and how we relate to each other and to ourselves. Originally conceived as a way to describe a music style or sound, “modern appalachia” became much more over the last few years as Sarah settled back into her home state. It is a feeling; a little wild, a little old-fashioned. It’s a way of life; progressive, but rooted in long standing patterns.