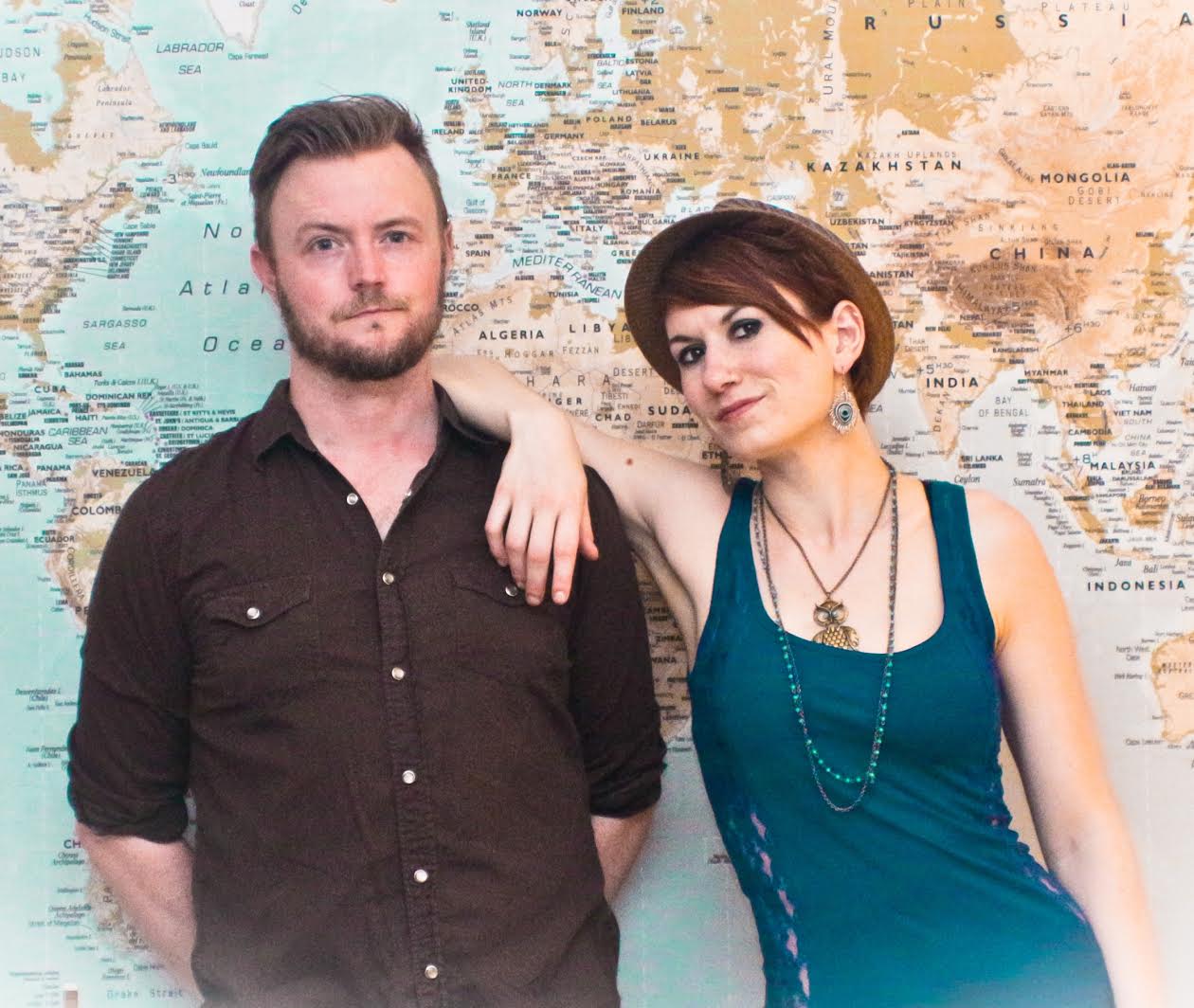 About House of Hamill

Rose Baldino and Brian Buchanan met 10 years ago, late one night backstage at a theatre in rural Pennsylvania.

Brian’s band Enter the Haggis and Rose’s group Burning Bridget Cleary were sharing a stage that evening, and the two bonded over a love of Irish fiddle tunes, Radiohead, and 4 AM whiskey. Their paths crossed a dozen times over the next decade on the road, but it wasn’t until the Folk Alliance 2014 conference in Kansas City that they finally became musical collaborators.

Burning Bridget Cleary’s guitarist and drummer had their flights canceled at the last minute, and in desperation, Rose asked Brian to grab a guitar and join her onstage. The two performed with virtually no rehearsal for over an hour, and their connection was powerful and immediate. A few months later Brian moved from Canada to Philadelphia, and as a tribute to the first tune Rose ever taught Brian, House of Hamill was born.

Both Baldino and Buchanan are accomplished traditional fiddle players and classical violinists, with over 25 years of writing and performance experience between them. Together, they write unusual new fiddle tunes and exciting, unpredictable original songs while breathing new life into traditional and contemporary songs. Both are confident and unique lead vocalists, and the blend of their two voices in harmony is hypnotic and irresistible.

Whether House of Hamill is playing songs from their debut album “Wide Awake” (2016) or stomping through a set of original jigs and reels from their follow-up “March Through Storms” (2018), their chemistry onstage is always engaging and often hilarious. In the summer of 2018, their quirky all-violin cover of “Sweet Child Of Mine” went viral, amassing over 15 million views and more than 400,000 shares on Facebook in just a few weeks, and was picked up by publications all over the world.

House of Hamill is on the bleeding edge of a new generation of traditional musicians.

CLICK HERE TO LEARN MORE ABOUT HOUSE OF HAMILL

CLICK HERE TO WATCH A VIDEO OF HOUSE OF HAMILL

CLICK HERE TO LISTEN TO HOUSE OF HAMILL ON SPOTIFY

Admission is free for PFS members and $10 for Advanced Tickets for non-members.

The event will be held at the Spears’ residence located in the West Mt. Airy neighborhood of Philadelphia, PA. You will receive the exact address upon registering.

Please bring something to share! Potluck at 7:30pm, music at 8pm.